Those plans and eggs.

So after nine months of walking the river banks and having success at different levels we finally came to those last few days and decisions had to be made.  I could have returned to the south, but as the last blog mentioned I had already decided not to go there.  With good barbel catches being reported in numbers off the various rivers in the area I have favoured I could have returned to the Teme or the Derwent with a fairly good chance of bagging up, even the River Severn was fishing well for the barbel, but I had made plans that way which I will come to shortly.  All this went through my mind as the dying days of the river season approached but I finally decided on a return trip to the River Goyt at Stockport.
As regular readers of my blog will have already seen I do like to vary my fishing, no matter how successful any venture might be I will quickly tire of it and move on to fresh pastures with a new challenge, perhaps to return to previous success at a later date.  My earlier one day’s fishing on the River Goyt a few weeks ago had given me the taste of the river, but not the reward, perhaps I could go one better than that and actually catch a barbel, preferably a double but in the first instance just a barbel would do.
Getting up early on the Monday morning - I would be fishing by just after 5:00am - I was soon on my way and pleased that my choice was another new challenge that if successful would complete 22 rivers where a double figure barbel had been caught.  That would be great, but we have all heard of the problem of counting chickens before they have hatched. 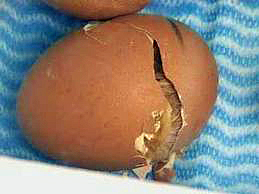 I was pleased to pull up in the car-park and find myself the first to arrive, but less than five minutes later another angler who introduced himself as John Young pulled up beside me and whilst getting the tackle ready queried if I minded him fishing the next swim to my position.  No problem and we set of for the bankside together to see what the day would bring.
Setting up he advised me that he was a comparative new comer to the river and he had always fished where I had chosen as my swim but events were to give him a new perspective for any future trips he might make.  The early morning passed without any action and then at about 8:30am John got a good indication and his strike connected with a powerful fish.  Following quite a fight I slide the landing net under what was obviously a big barbel, well into doubles and I could only look with understandable envy as we prepared it for weighing and photos.  The weight came in at 13lb-3oz and later checks showed it to be the same fish that currently holds the river record at 14lb-8oz.  John was not concerned at that, it was a new personal best and then he went on to make it a really memorable day by landing another barbel of 10lb-5oz.  Meanwhile between netting his fish I blanked! 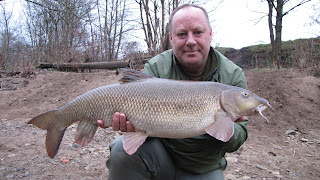 I had intended to do just the one day but with fish coming to the bank I decided at the last minute to stay over, an advantage of having the bed in the van, but the effort was wasted as the three anglers on the bank that day all blanked.  I drove back to Coventry very disappointed but determined to return next season and I will get that double off this river.
Now we arrive at the last day of the season and plans were already in place for this to be a trip to the Lower Severn after a big zander.  Again I knew my chance of a barbel would be better but I’ve caught lots of Severn barbel to over 13lb, I’ve only had one little 6lb Severn zander and would love to get one bigger.  I fished in the company of Ryan Lippet a successful young angler who I had met in the summer on the River Teme, the time passed quickly as we talked of the local fishing scene and meanwhile my indicators showed that at the very least there were fish in the swim.  With open bail-arms and Roll-Over indicators I could not have used a better system but never the less the zander would not keep hold of the bait and on over ten occasions the strike met nothing!  At close of play the frost came down along with a very heavy mist and at 8:00pm it was decided that the season was finished.
Those eggs of mine did not hatch, but that’s the nature of fishing and next week I’ll be after the bream full of ideas with eggs waiting to hatch.
Posted by Travelling Man at Thursday, March 15, 2012