My fishing has proven to be unproductive over the last week or more, with 48hrs after bream last week, then a tench session on Saturday, and now another 48hrs bream fishing that have all proven to be a total blank.  The season is well behind where it could be expected to be and even the trees that should be in full leaf are only just beginning to shows signs of waking up. 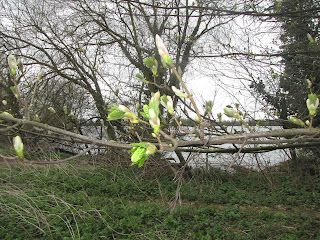 My bream sessions are done inside the M25 circle and as such I often seen the wild parakeets but this time I got a fair photograph of them as well, normally they are at the top of trees behind the leaf cover.  The way they are spreading it will not be too long before we see them in the Midlands, noisy devils but colourful. 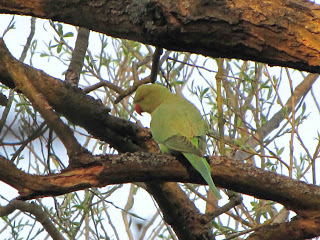 Although I did not catch the tactics are well proven so I’ll just run through them in case you fancy a try on a large water for a double.  After many trials I now put most of my hopes into sweetcorn as the main bait, I’ll still include boilies, pellets and maggot/casters since if the fish move in on mass they can clear your well prepared table quite quickly.  The use of a marker rod can be helpful in finding the features that I like to fish, a bar rising out of deeper water that allows me to bait up on the top with loads of different particles.  Preferably I will fish three different bars with the three rods normally employed, since the bream tend to wander aimlessly over gravel pits.  The lakes and reservoirs will sometimes show a patrol route they take and this gives a chance to ambush them, but not on the pits. 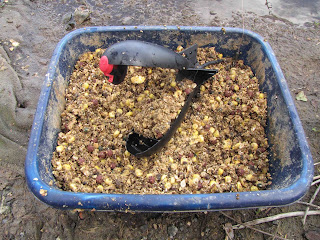 Bream feast in the Spomb.

I have included some hemp in the mix, not for the bream but in the hope that just maybe one of the rare tench might show up and they love hemp.  Two handful of mixed pellet, one of Source boilie, two cans of corn and a little method mix will be put out to the marker with a Spomb, not too tightly since I want a pattern that allows more than one fish to browse the area.  Hook bait is one plastic buoyant corn balanced with natural grains.  Other hooks might carry one of the different particles but that is always on one of them.  The 6” hooklink will be 6lb or 8lb mono with a size 6 or 8 hook. 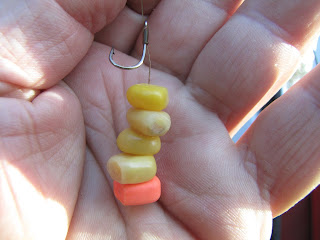 With the feed out and three baits cast out into the swim it is then just a case of waiting to see what the night might bring.   I’ve literally spent thousands of nights after bream and just a few of them have produced the magic like this pb of 17lb-15oz, this time was a blank, but next time, well that’s fishing. 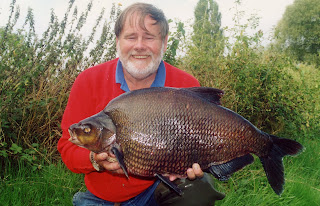 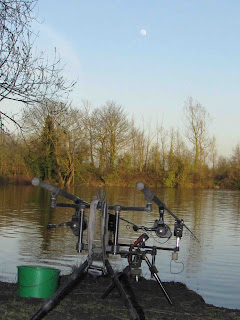 Moon's up, night's not far away.

Email ThisBlogThis!Share to TwitterShare to FacebookShare to Pinterest
Labels: Bream 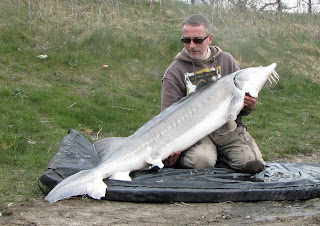 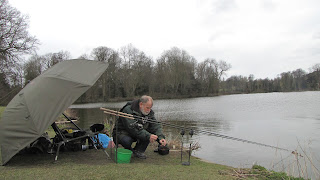 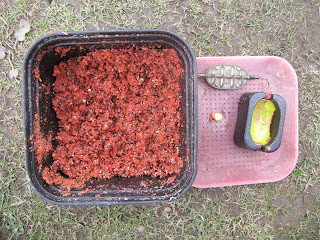 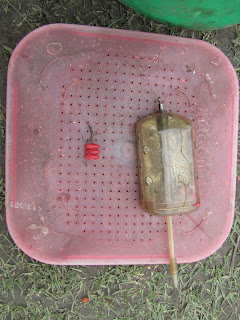 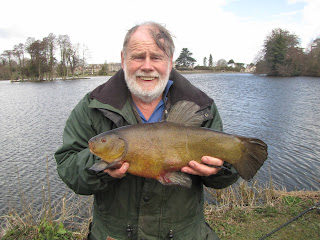 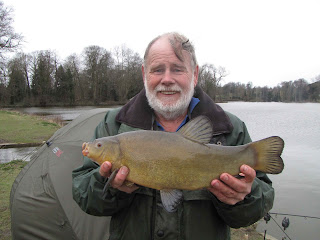 My next trip will be Tuesday and I’ll be off to try for those London bream hopefully in nice weather and with feeding fish in front of me, I’ll let you know so tight lines for your own efforts until then
Posted by Travelling Man at Sunday, April 14, 2013 0 comments