My last trip South for this season.

Yet again I did the trip to the south and fished the Hampshire Avon for those big chub that swim there.  As you know the weather last Sunday and Monday was just a little bit cold, quite a change from the previous days when that snow fell on Sunday.  I had planned the trip to begin on Tuesday but I did wonder whether that very cold snap could make it just too bad for even the chub to tolerate.
I checked the river temperature by the gauge at Knapp Mill [ http://www.knappmill.co.uk/id2.html ]  and could see the water had dropped from just over 10C to about 6.5C but if I stayed home what would I do? – I went.
Over the next few days I consistently caught chub, not as big I would have hoped for with a best weight of 6lb-1oz but the chance was always there.  A bonus perch of 2lb-7oz also took the artificial caster that was being used to beat the ever present problem of minnows; there are millions of them in the river.  The bull-head that took a maggot almost half its own length was outnumbered by a factor of 1000/1 by those minnows, but he still got onto the bait. 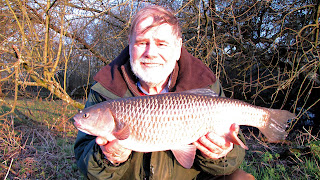 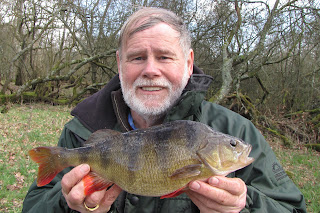 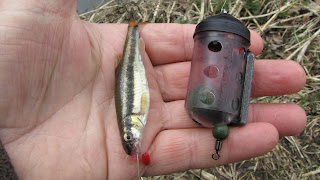 Pesky things are a right pain. 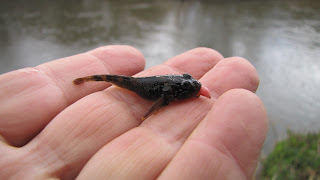 Ugly, but somebody loves him.
As with last week’s account there is always plenty of wildlife to see in the area, deer, buzzards, kingfishers and all the common birds you see on the bank everywhere.  One unusual sighting was that of a male ring ouzel that has obviously strayed into the area normally being found further north.  I tried for my normal photo shot but the dam thing would stay long enough to get it, another time perhaps. 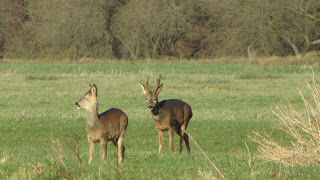 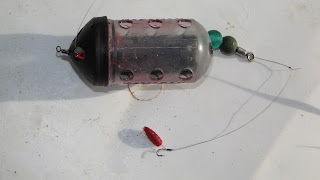