Monster river roach and other things.

A quick catch-up on the blog with my pursuit of specimen fish, I got back from the South late last night and I’m off to Chew Valley early tomorrow, then off to Scotland Saturday for a week after roach.  Last week I fished the River Nene on a different section to that previously tried and managed a nice barbel of 9lb-7oz, the double still eludes me. 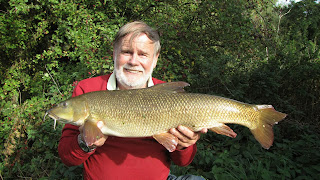 Later that week I went back chasing the 50lb sturgeon, but fell some pounds short with just one fish of 21lb-6oz although I did add a bonus 16lb carp later in the day. 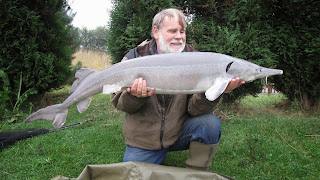 The only sturgeon of the day this time.

Then through bad planning and timing I had three days on the Kennet and a day on the River Test.  The first two days on the Kennet were for the Barbel Society fish-in organised by John Found.  With about fifteen anglers total over the two days it was patchy sport although some good fish were caught including a new personal best for David Cooke taking a fish of 13lb-8oz.  Other doubles of 12lb-4oz to John, and two 10lb fish to Pete Reading made for an interesting time.  I made do with just a small fish of about 5lb.  With the day on the Test arranged for Tuesday it was not worthwhile coming back to Coventry so I did another day on a different section of the river with a complete blank the result. 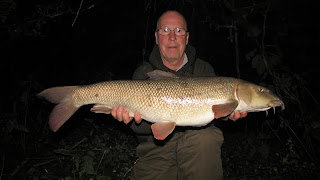 David Cooke with a 13lb-8oz monster. 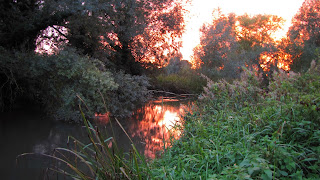 Then one of the highlights of my year came, and I could travel to the River Test as a guest of Dave Steuart to fish for roach on his section of the river.  Travelling down with John we stopped for a breakfast and arrive at Dave’s around 9:00am to a river in what appears to be perfect trim.  The recent rain has had no apparent affect and whilst sitting with a cup of tea and chatting with Dave it was hard to avoid the eyes straying to the river sliding past the window of his living room. 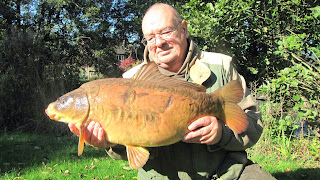 There is no rush to start since it is all trotting and several hours of that is more than enough for me, the back aches and the legs get very tired with standing all the time.  Still in the event it was well worth while since we both caught lots of fish, mainly roach although trout, grayling and chub came to the net as well.  John even caught a nicely marked carp of 14lb-7oz that Dave tells us has not been caught since its last time on the bank about ten years previously.  I lost count of the number of roach about the one and a half pound mark I caught, but I did remember those above the figure with three at 1lb-10oz, a 1lb-11oz and 1lb-13oz, 1lb-15oz and finally the prize of 2lb-4oz.  The largest fish was an old warrior but at 16 inches long I did wonder just what it would have weighed if the same shape as the 1lb-15oz fish I had.  Red letter days like this are what can make our blanks seem a bit more bearable though hopefully I’ll be able to write about the monster pike I have in the next two days. 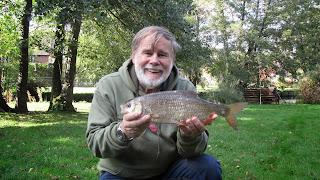 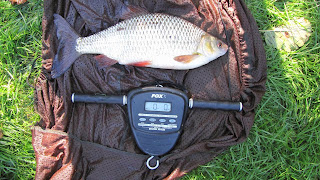 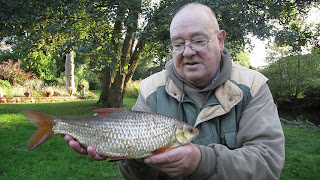 Another mint fish of 1lb-14oz for John.