A review of February part 2

Over this week the weather was changing almost by the day, warm bands crossed the country only to be followed by a cold band the next day. Along with this change also came the rain and wind, so it was a real mix to try and gauge the best time to try again for the barbel.  I completed a work party on one of the waters I fish and that definitely showed my age as it left me with aching muscles when I know they would not have perhaps only five years ago.
Finally, I could see a window of acceptable weather and the Tuesday saw me making my way up the Derbyshire Derwent with a thought of fishing from midday through to about 10pm and hoping for a barbel.  The day was perfect, quite mild with a temperature of about 9C going down to 4C during the evening, no wind and just a light drizzle coming over during the dark hours.  This was shown by the number of lobworms that appeared on the field behind my swim, dozens of them but they quickly disappeared once the torchlight got anywhere near them.
As I had arrived on the bank I could see that Alan had already got there and was in the process of setting up, he took the water temperature as I passed and informed me it was at 5.9C.  This is not ideal, but at least it would be rising and yet again the river was carrying extra water that would help combat the lower temps.  I would be using the same tackle as used on the Warwickshire Avon the previous week, although I did need a heavier feeder to hold out in the stream.  As is my usual practice I fished one rod across to the far bank and the second rod more towards the near bank hoping to intercept and fish moving upstream.  I had pellet on one of the rods and Dynamite Crave on the other though it was the pellet bait that was taken at about 6.45pm.  Again the fight was not up to the usual standard although the fish did make a couple of powerful runs when I first tried to net it.  When it finally went over the net I brought it up the bank and Alan moved down to help with weighing and photos, so much easier and quicker than when on your own.  The fish weighed a very pleasing 12lb-5oz and the photos that Alan took proved to be very good and up to the normal standard of his shots. 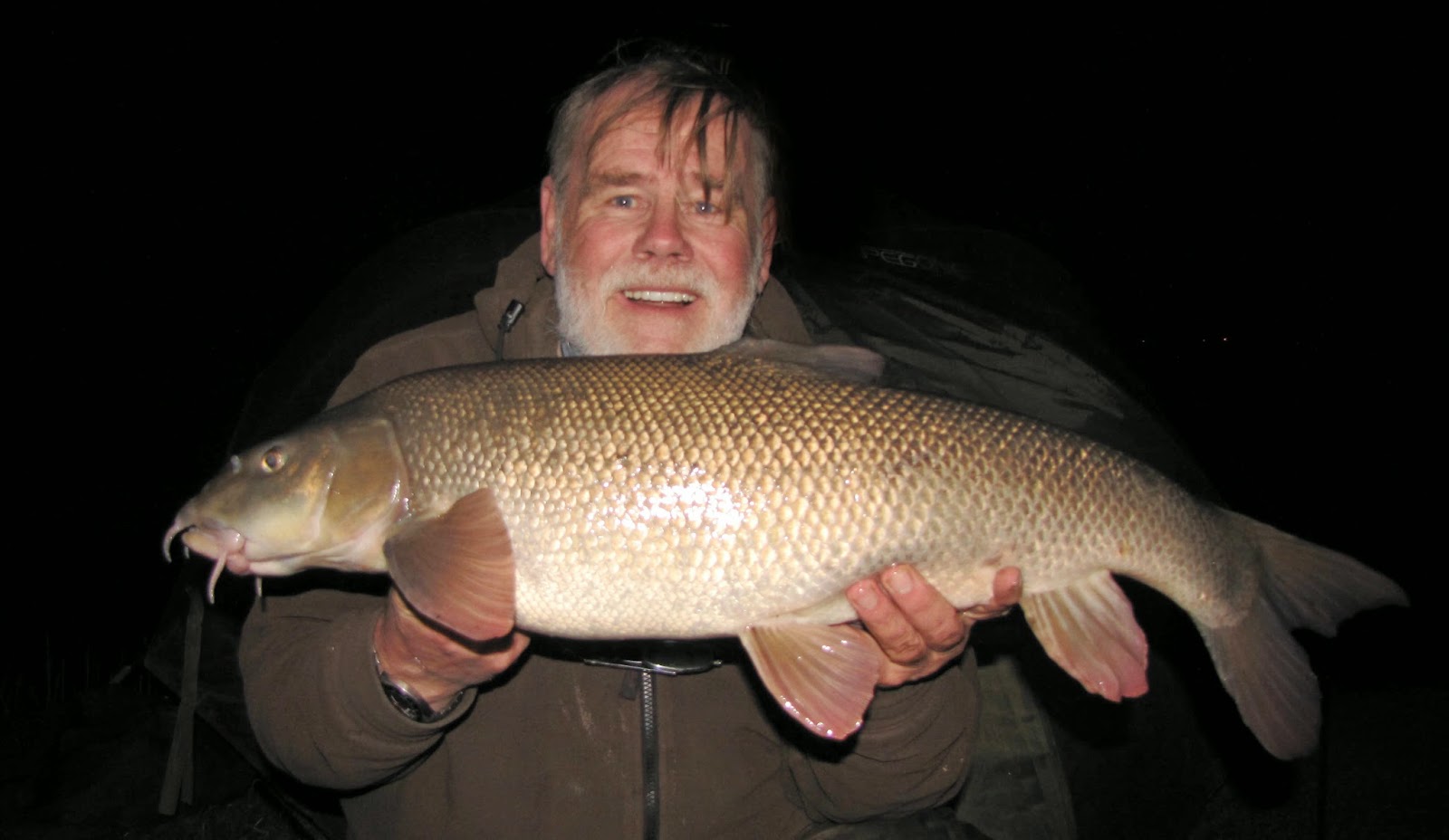 There seemed to be lots of leaf matter coming downstream and I finally gave up trying to hold the far bank moving the bait into midstream and changing that rod over to pellet as well.  Alan had left just after helping me so when the next fish showed around 8pm I was on my own.  This fish gave a very good account of its size and it took me a little while to get it into the net.  Once weighed I could see why, it was only 1oz below my river best coming in at 13lb-4oz and also a good brace of barbel from any river. 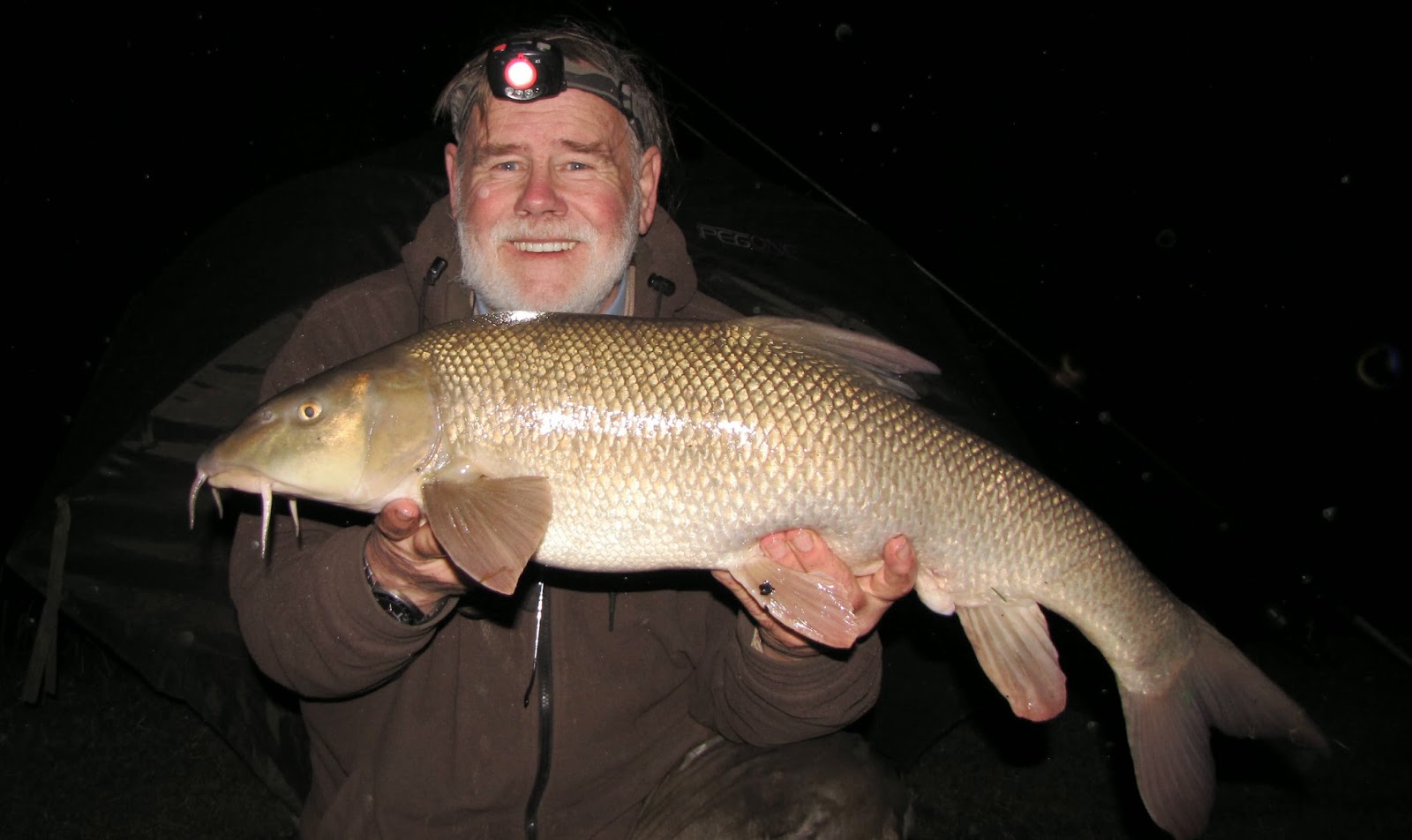 With the conditions still good I went back to the swim on the Warwickshire Avon that I caught from last week, I thought it should be good for more than just one fish.  The day was going colder and the wind had got up giving a significant chill factor but even so I hopes were raised when I took a fish of about 4lb within the first five minutes of casting in.  I’ve been at this fishing game for long enough to know that all too many times you catch that quick fish only to continue for hours afterwards without a twitch to show for the effort, fortunately this was not to be the case.  Again a smaller chub put in an appearance somehow getting past the long hair I intentionally leave to avoid such fish, then the barbel showed and this time it was fit and so fat I weighed it at 7lb-13oz.  I had no more indications of fish, but with two barbel caught on the day yet again I left the river well happy with the results on day.  I had now done three days after barbel in February and caught on each, but the following day it came back to normal and I had a total blank with just two weeks to go it will not be the last but we live in hope. 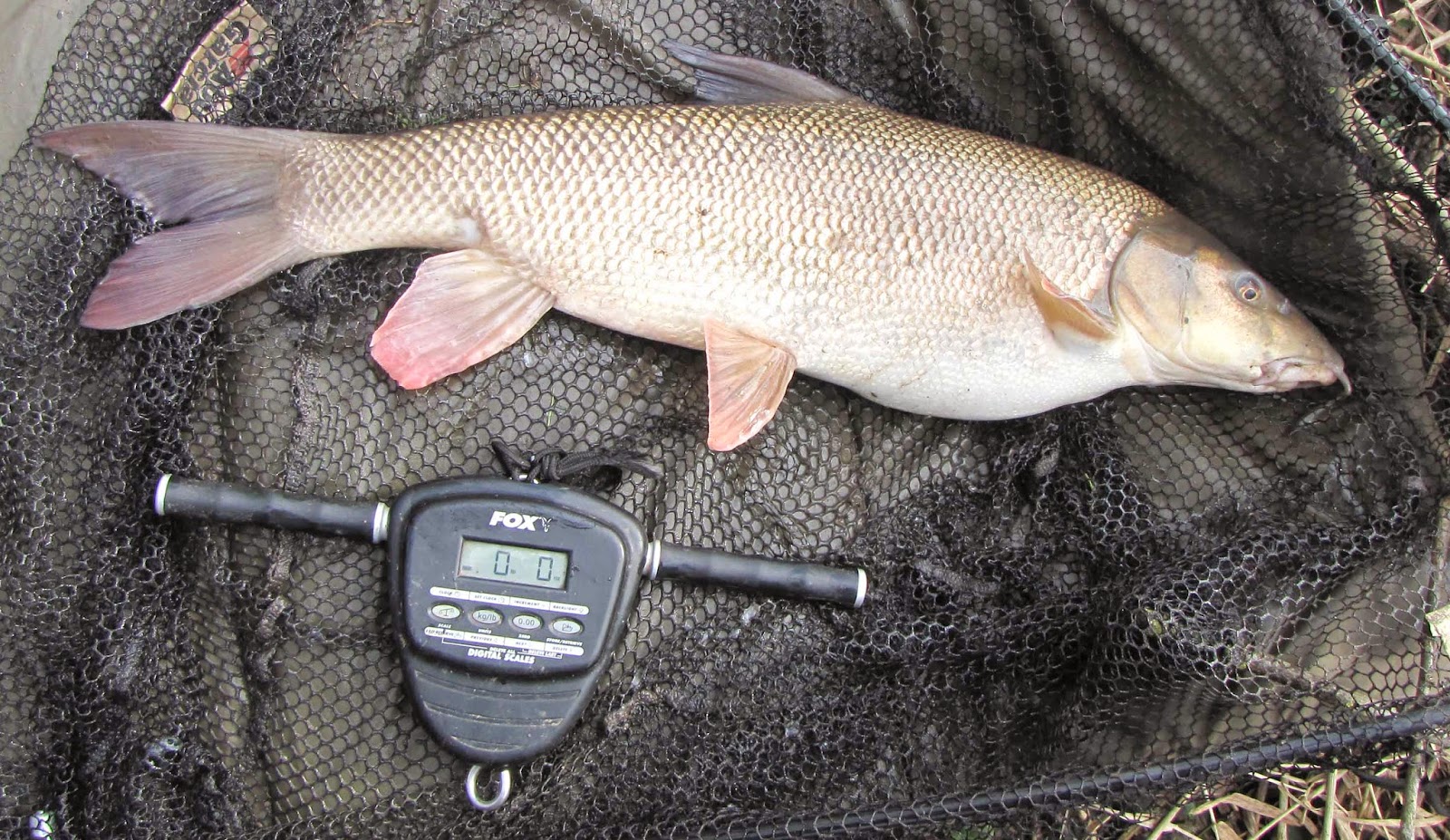 The last fish of February at 7lb-13oz.