Variety is the spice of life.

It’s been a strange week of highs and lows, catching fish and blanking in other words.  At the start of the week I went after perch on a venue that has done a number of good fish.  I went in with maggots since that seems to have been working well and even with the cold north wind blowing in my face I caught a couple of nice specimens.  The rig used was a straight forward helicopter rig fished just above a standard oval Drennan swimfeeder.  The hooklink was 5lb and the hook itself was a size 12 Super Specialist loaded with a nice bright red artificial maggot along with two other red naturals.  With a bright sun beating down I took a 7lb-8oz hybrid and a 3lb-1oz perch that was busting at the seams, a very pleasing day. 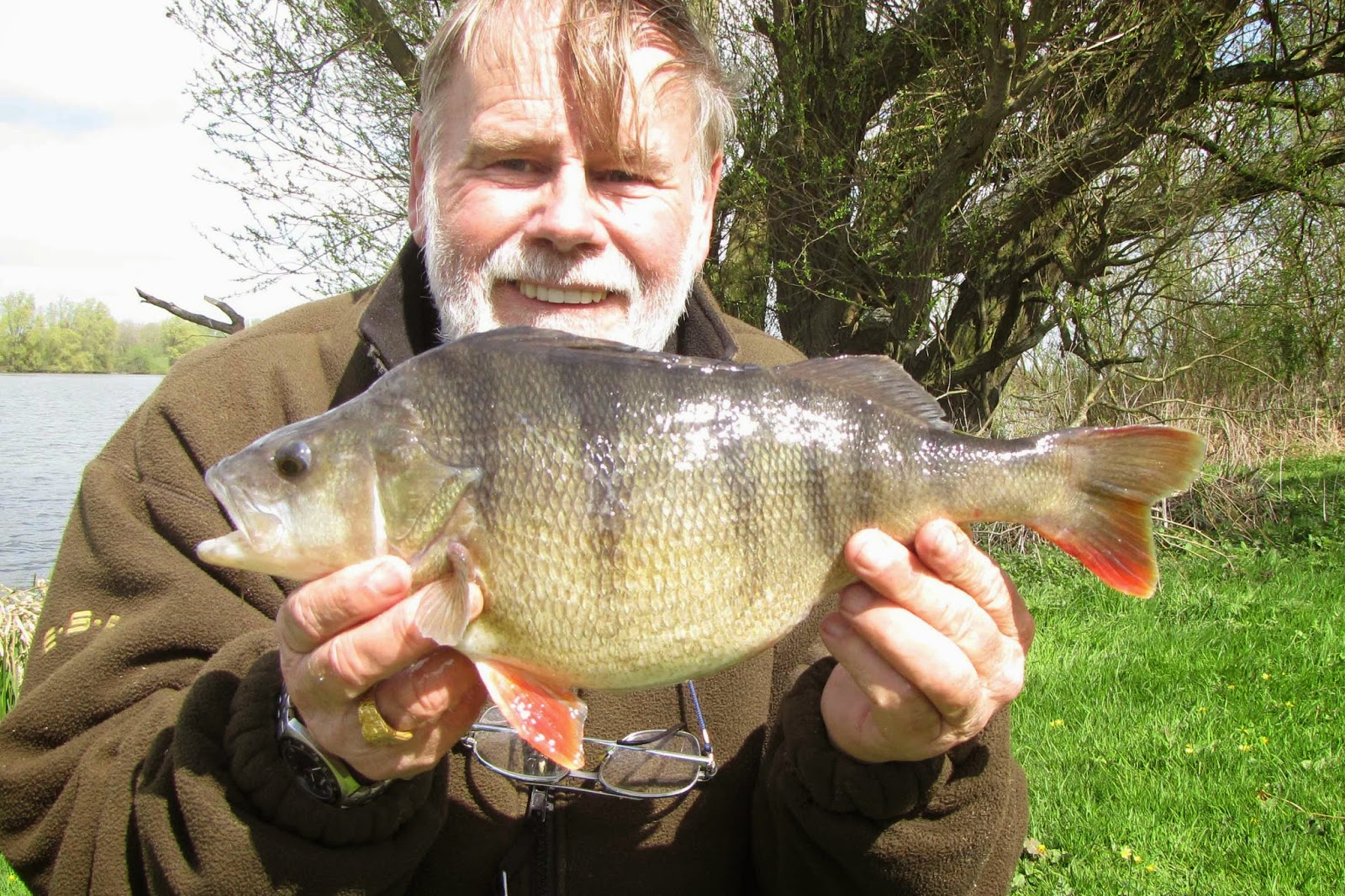 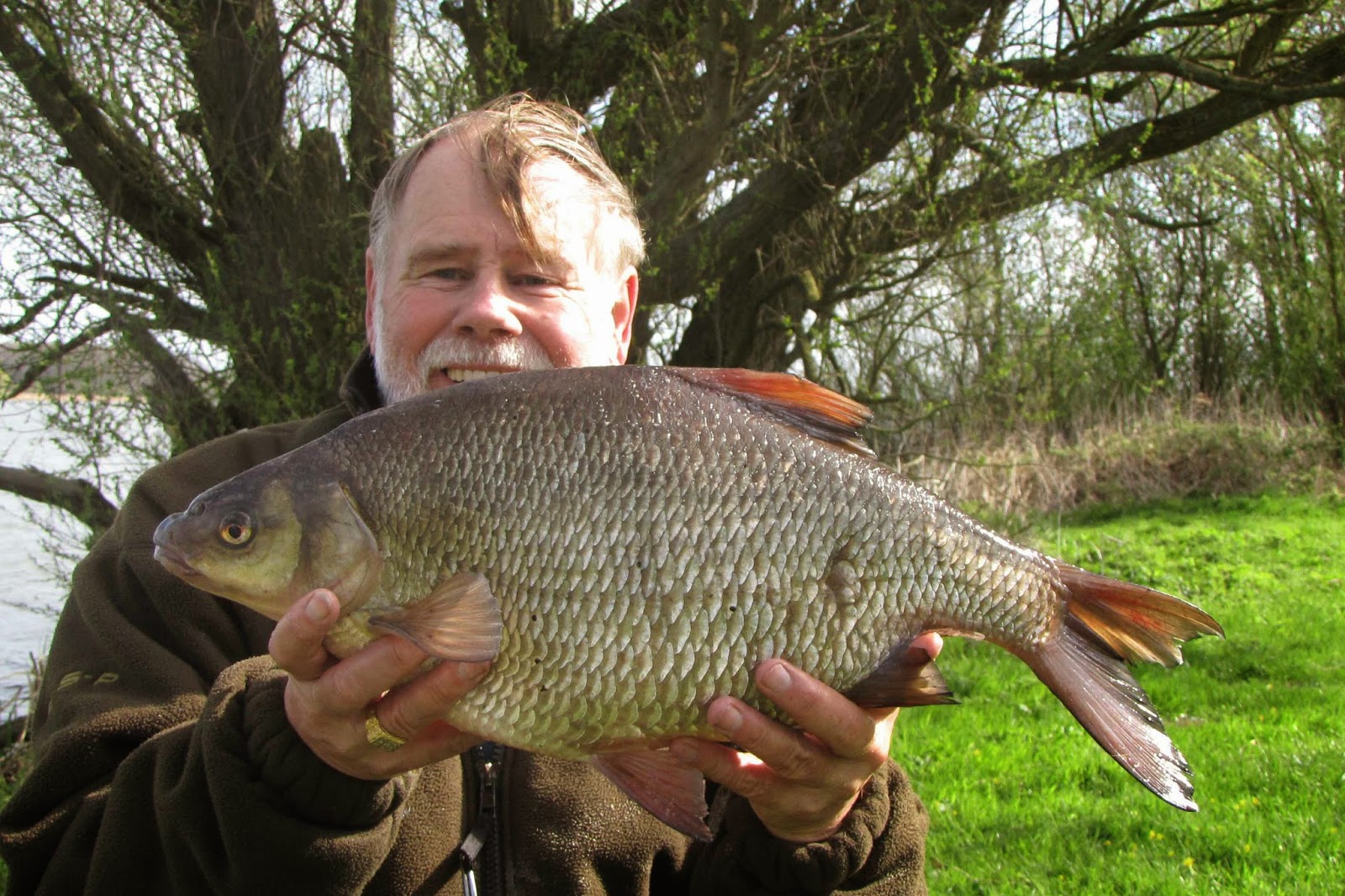 The next day I had to stay home as we have builders in doing alterations and dad had a hospital appointment for a check-up.  I did not think it would matter, but perhaps it did.  I returned for the perch thinking there must be some very big ones about if they are that shape, but although I caught three they were all back to normal, or even below normal shape, they had spawned.  The weights were 2lb-2oz, 2lb-14oz and 3lb-4oz and it left me wondering what they would have weighed a day or two earlier. 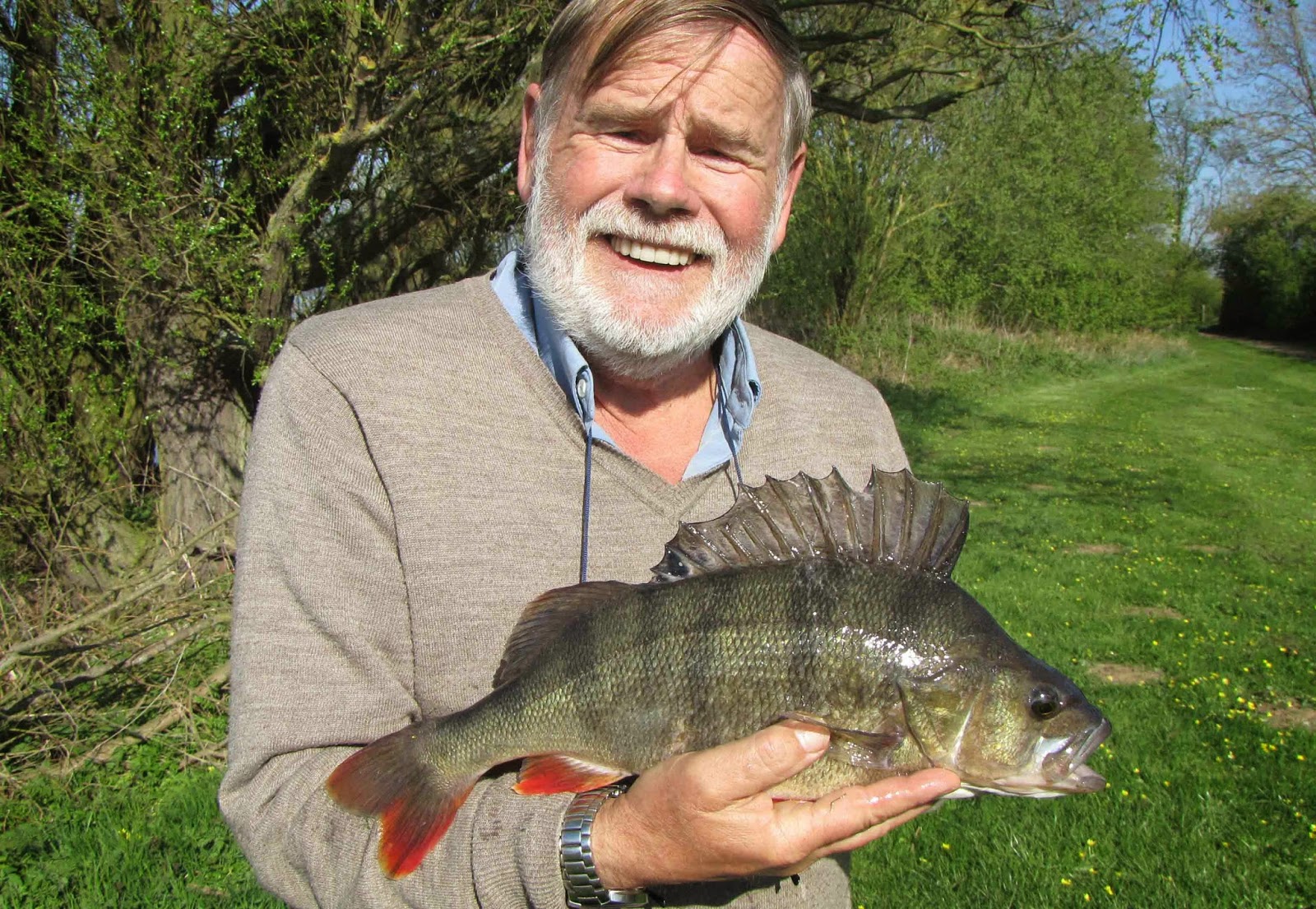 My next visit was after the tench since the previous trip I had suffered a blank while the lad next to me had several fish.  The tench themselves where well under their ideal weight but now is the time to refine your catching methods and yet again I failed to do so.  Worse was the fact that again the lad next to me had several fish up to about 6lb.  Back to the drawing board and I’ll try again next week with different tactics.

Now we are up to last night and that was a good one.  I decided on eels and although the night went very cold, probably close to freezing the fish appeared to be feeding.  The strong wind did not help and coming from the NE it chilled me to the bone each time I answered a run or indication, there were plenty of them and before dark I had a nice perch that had taken a fancy to the bait I had sent out for the eels.  Throughout the first few hours of darkness I was getting drop off runs that were either small eels or maybe small silverfish that could not manage the bigger bait I was using.  Amongst the takes there was one that did stick when I struck and I was shortly netting a nice 4lb-2oz eel as my first of the new year. 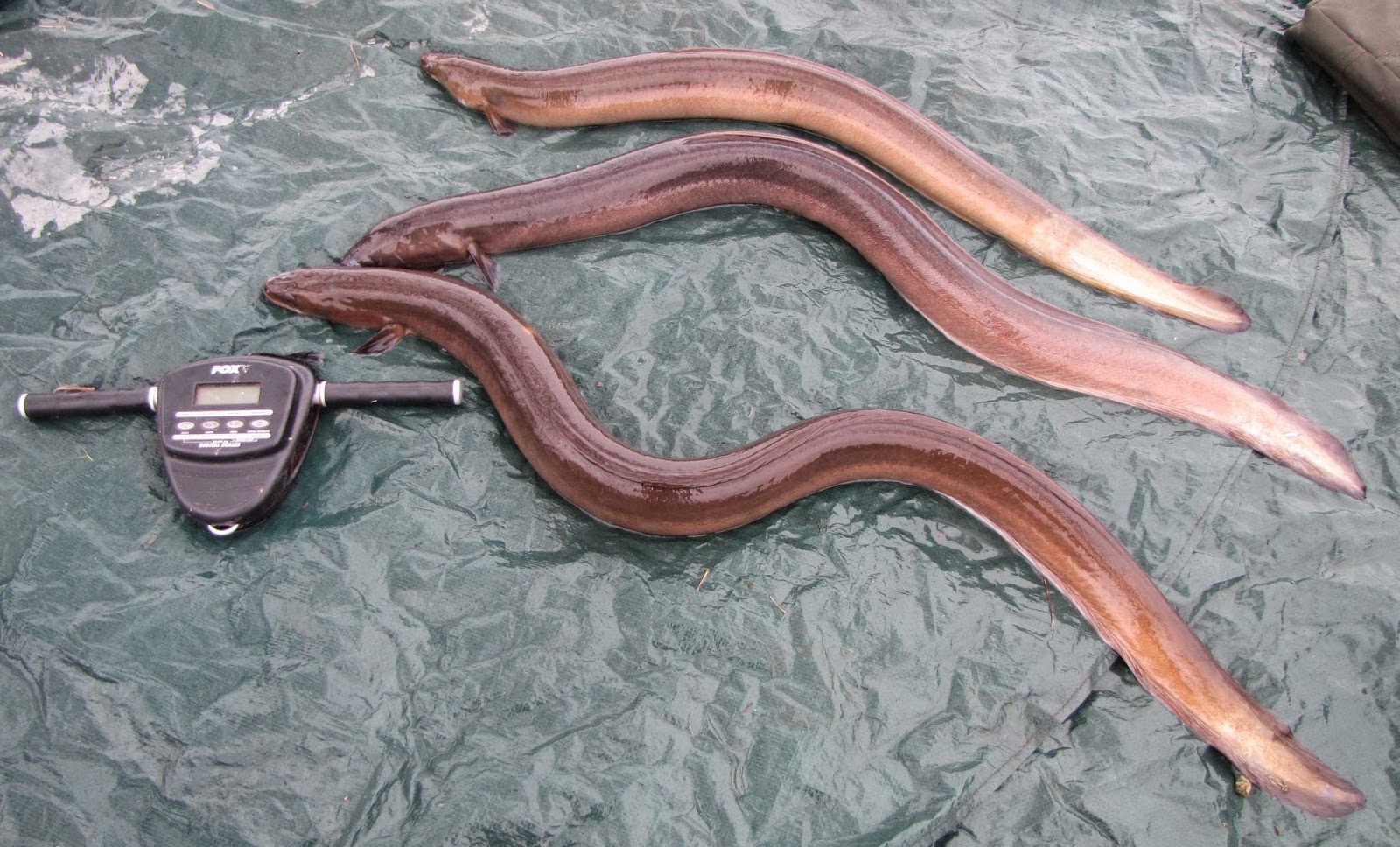 A nice trio on the night. 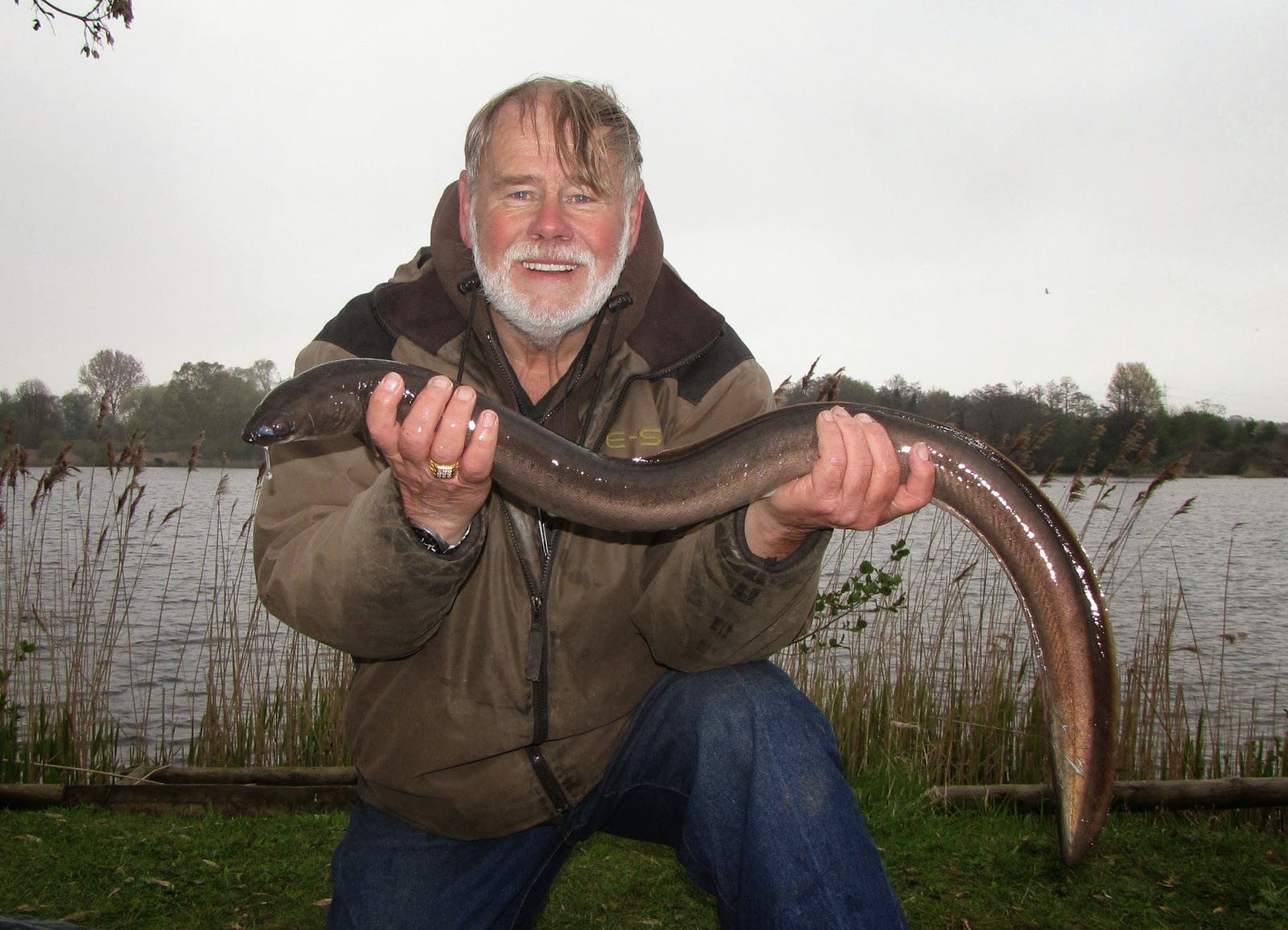 This was just before 10:00pm and I waited until about 3:00am before I contacted another eel, this time slightly larger at 4lb-5oz.  As a serious eel fisher I set my eel target at 4lb plus, so to get a brace of them was very pleasing and just after dawn I added yet another though this was smaller at 2lb-13oz.  It was quite interesting to note that on the web there were a number of lads reporting eel captures and it makes you wonder what made that night different.