The idea was for three anglers to fish on 14 different rivers for 24hrs each in the attempt to get a double figure barbel off each of them. 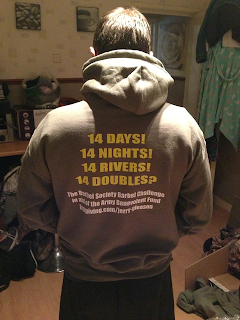 As I've already mentioned on these pages I had joined this challenge with the intent of completed the four rivers in the area of Nottingham-Derby, namely the Dove, Derwent, Trent and Soar.  Before it had begun I gave a forecast of doubles off six of the rivers this being a good result to my mind.  I'm pleased to say that this has been annihilated and with just six rivers completed to date there has been a double off all of them, with a total of ten doubles being recorded. 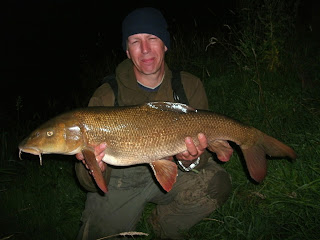 The Ribble and Goyt had already been done when I joined Jerry Gleeson and Paul Floyd since Paul had taken one off each river in the 10lb range, so now we went on to the Dove where he completed a hat trick with a fish of 11lb-3oz.  Only one other barbel was caught with Jerry taking a fish of 8lb-12oz.  I just got chubbed out with no sign of the barbel coming my way. 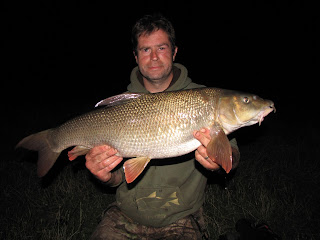 Now we moved on to the Derwent using the Derby County angling Club section kindly arranged through Alan Booth, he also came down while we were there passing valuable information to the other two lads.  The section lived up to our hopes and two doubles were caught but they again fell to the other lads.  At 11lb-4oz and 11lb-7oz they pleased the lads who took one each and added a smaller barbel each to the total catch on the list. 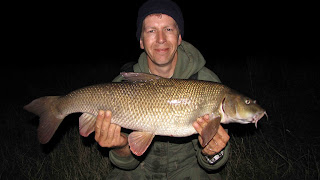 On to the Trent and we were highly delighted when Jerry caught a 12lb-8oz barbel and he later added another double of 11lb plus to the growing tally.  This time I did manage to add to the double list with an 11lb-1oz fish whilst Paul had two fish in single figures also getting smashed by a probable carp. 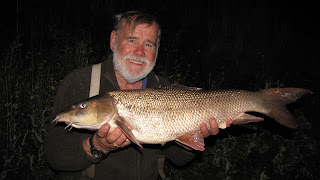 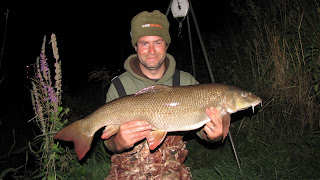 Last section for me was a move to the Soar arranged through the LEVAS committee who again have our thanks for the 24hr permits for the other two lads [ they will be getting a full permit each now for themselves].


As had been the case on each river there was no action until dark but then Jerry was back in action again taking a quick fire brace of doubles at 10lb-3oz and 12lb-10oz, quite amazing to get two doubles brace with 12lb fish in each off two rivers with a genuine 24 hr period.  I took a 8lb-12oz barbel with a double figure carp, bream of about 6lb and chub of perhaps 3lb for a nice mixed bag all these fish falling to the ever reliable Source boilie.  Unfortunately Paul's run came to an end with a blank but with his results so far he could not be too disappointed. 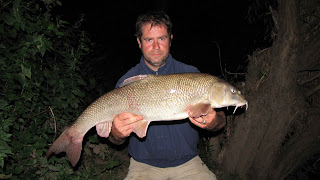 The lads moved onto the River Severn to continue the effort while I retired home to catch up on my kip.  A tremendous effort by the lads and it goes to show that there are still fish there to catch on numerous rivers.  Various tackle and rigs combined with a number of different baits, all caught on their day and I’m sure we will see yet more doubles before they finish.


Thanks go to the various sponsors, The Hookbait Co, Dynamite, G-Force and Print Biz to name some of the help that was given.