Barbel with a touch Spanish roach and catfish.

I’ve not done any blog updates for a while, but recent trips had me wondering just what makes a successful fishing trip?  With a Spanish adventure arranged with John Found along with two other friends, the target would be mixed fishing, John and I would try for roach along with the catfish whilst the other pair would try for carp and catfish. 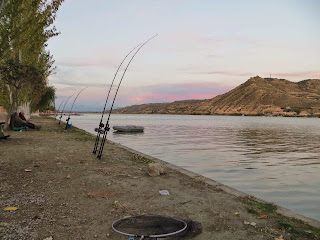 Catfishing on the River Segre

The weather as we approached the holiday was fantastic and we even had a record Oct 31st temperature of 24C.  During this period I was aware that friends fishing the River Goyt at Stockport were catching quite a number of barbel including doubles, with time running out I decided on a last minute trip for just the day, at 200+ miles round I could only hope it would prove worth it.
As is often the way I had already decided on the swim I would fish if it was vacant and having the advantage of arriving while most anglers are at work it proved to be available.  This swim was a good favourite with the river narrowing down after the run-off the weir, a narrow gulley and fast water made it perfect for the trap I hoped to set and indeed my river best came from this swim.
I had come with a two prong approach, both with my usual open-ended feeders but one rod would have Dynamite Source boilie whilst the other would be baited with Elips pellets.  The boilie was placed into the upstream end of the swim on top of a couple of pints on hemp that I had bait-dropped when I first arrived.  The pellets were cast well downstream to fish on their own and out of the way should I hook a fish on the boilie.
The hours past and my time were running out, but just on dusk the boilie was taken and a terrific battle ensued.  The fast water certainly gave the fish more power and I wondered just how big he was as I could see him in the clear water as he held station in the flow, determine not to come to the waiting net.  As with these situations there were only two possibilities, he either got landed or was lost, fortunately I landed him. 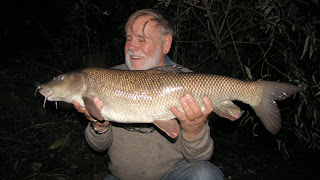 There was a lad fishing just downstream of my position and having confirmed the weight at a very pleasing 12lb6oz he took a couple of very good shots that show up as in darkness with the flash in use.  This was my 25th different river double figure barbel so you can perhaps imagine how pleased I was with its capture, now two days later I was off after some Spanish giants.

All through the previous weeks I had been following the Catmaster Tours site as numerous large cats were caught, many over the 200lb mark.  Now I was looking at a weather forecast that showed a 10C drop in temperatures, not good.  We arrived on the Sunday afternoon and it was still quite pleasant but the following day the predicted fall could easily be felt.  Fortunately we did not get the rain that was supposed to fall but those temps plummeted.
The catfish had mostly been coming out at night so that fitted in with our plans quite nicely.  We would fish for the cats from 5:30pm up the midnight limit, then fish for the roach from about 9:30am through to 3:30pm; this would allow us to go the café for our evening meal.  On the first morning John and I made our was to the same River Segre swims we had fished in May and although we caught a few roach to over the 1lb mark it seemed slow compared to what we hoped for and the follow morning we moved out onto the River Ebro.  Meanwhile we drew for turns on the Cat rods and John was first on the rods though the night saw no action at all, I feared the worse! 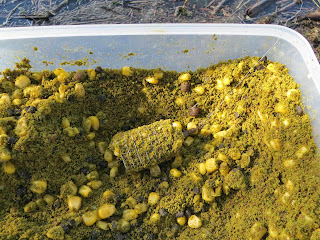 Ready to cast out. 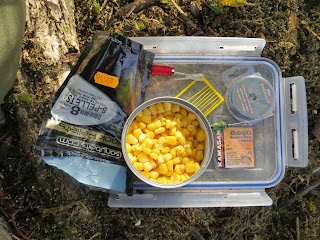 Going down to our favourite swims on the Ebro we found the locals and visitors were out in force and all the normal swims were occupied, fortunately John Dekin our guide knew other areas where we could get down to the water’s edge and we were soon in such a place.  The lads would fish out from the slight point we were now on for the carp although John did advise it was a snaggy area, we would roach fish from the swims slightly to the side and of course we could easily fish that bit closer without a problem.  As it turned out we all had chances, both the lads hooked carp but the warning of snags proved all too true as three of the hooked fish go into a snag and the fourth chance was missed.  On the roach side both John and I caught at a steady rate, quite a few 1lb plus and a number going over the 1.5lb mark, but the jewel on the crown came to me as a magnificent 2lb-12oz immaculate specimen roach fell to my soft pellet offering. 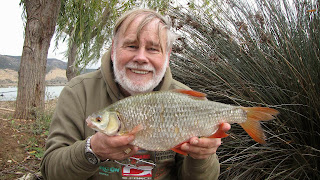 The next few days continued on a similar vein, blank on the cats, odd chances for the carp and plenty of roach with the 2lb fish showing occasionally but not over the weight of that first beauty.  The fourth night came and John was still on the rods when at 11:53pm one of the rods finally showed fish activity.  This rod was out at perhaps 200yds on the far side of the original river bed and John had quite a battle to bring it back over that distance, when it finally came within torchlight range we could see he had definitely got his hoped for 100lb+ catfish.  With years of practice John Dekin soon had the fish safely in the weigh sling and out over the waiting tarpaulin to be weighed.  First the measure and it came in at 8ft-5in, a new best length fish for John D.  The weight came in at 214lb and although very good John D did say that at that length he would have expected at least another 10lb on its weight. 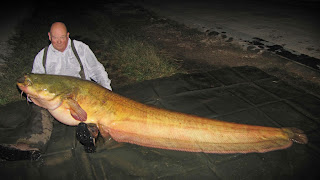 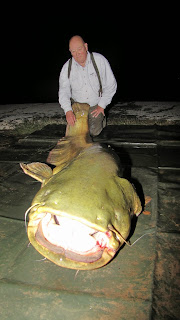 That was it on the catfishing side, and although we caught a fair number of roach the trip was a bit disappointing but down to the weather change and we can do nothing about that.  The final tally for us was carp to 36lb-9oz, the 214lb catfish and I took five roach over 2lb while john caught just the one.  I think he used his luck on the big cat. 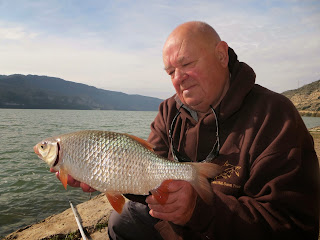 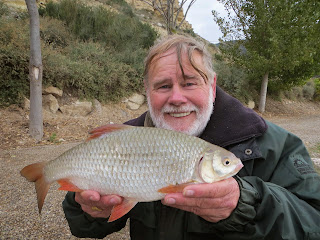 So back to the original question, what makes a successful fishing trip?  The Goyt trip gave a long awaited personal goal, the Spanish trip gave both John and I good fish, good company over several days and lots of anticipation of that extra big fish.  I did see a nearby carp angler catch what appeared to be a very big roach on his carp gear but he had returned it before I reached him.  There is a well-known saying ‘there is more to fishing than catching fish’ and I feel in retrospect that it applies here.  Will I go back to Spain, too true if only to catch the roach that the carp angler had! 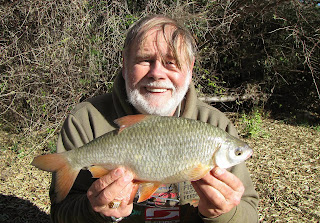 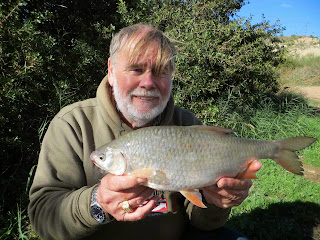