Well we reach the end of yet another year and of course that means a review of some of the highlights and a mention of those low points. 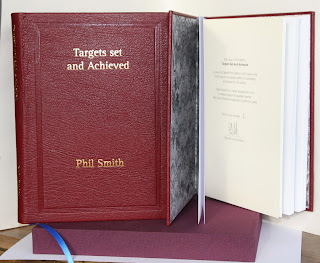 My third book continues to sell but copies are left.

January
With the very cold January it seems that lots of us anglers stayed home and read a good book, my sales at this time were quite reasonable but by the end of this year they had fell off dramatically and I've copies of both hardback and leathers still available.  With very little fishing done and no big fish caught I will move on to February.

February
Slightly better weather and with trips to Chew Valley and local waters the pike were the saviour of the day. 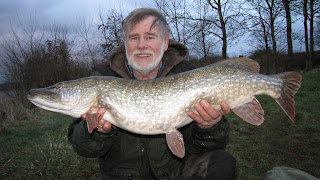 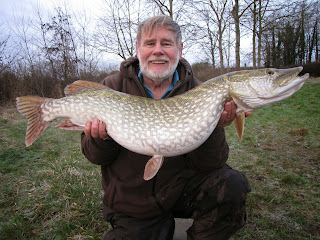 At 19lb-14oz this would have been a 20lb+ but removed five sardines from its throat in order to remove a previous set of trebles that had been left there, this done before weighing it. :) 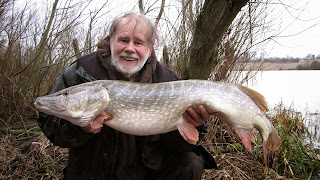 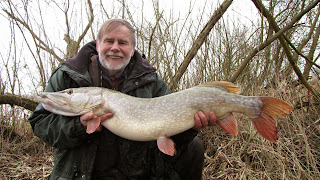 On the downside for this month we were reminded how fragile is life with the news of the death of the legend that was Terry Lampard, a good friend and one that will be sorely missed.

March
Normally the end of the river effort and the start of my bream fishing but this time South America's rain forest rivers called.    A trip to Guyana was too much to miss and although we struggled there were still plenty of big fish to be caught. 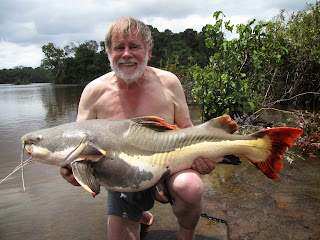 One of my targets achieved 64lb Redtail Catfish.

April
Amongst lots of other fishing for this month the week at Lochnaw Castle always stands high, especially when the magical 3lb roach is landed. 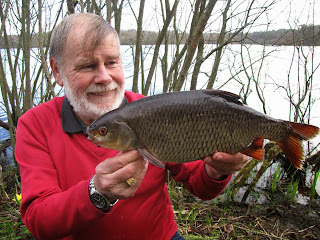 
May
May is always an exciting time though this year nature seemed well behind its normal state possibly by as much as 4 to 6 weeks.  fortunately the crucians at Johnson's Lake on the Marsh Farm complex did not seem to mind with good fish being caught over several trips there. 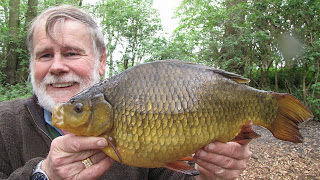 At 3lb-12oz this was the best of 12 crucian on this session.

7lb-3oz pb for the lake, one of 17 tench taken along with the crucians on this trip.

June
With a few local tench along with trips after bream and crucians the highlight of this month or even the year was the capture of a 12lb1oz tench, almost into the fish of dreams. 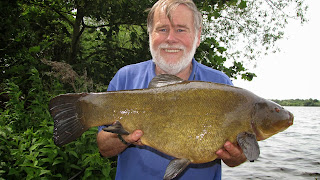 July
I had applied for a ticket for a carp syndicate in order to try for the eels after reading that two big ones had been caught by accident, it finally came through with a start date of July 1st.  The first night session was to prove both exciting and disappointing in equal measure.  At just gone midnight I hooked and landed a 6lb-4oz eel, weighed and safely secured in a Queenford tube I continued and took another eel of 4lb-3oz.  Through an amateur mistake the bigger fish escaped back into the lake whilst I was trying for a photo.  A later visit almost made up for the lack of the photo with the capture of a 5lb-10oz and two others over 4lb. 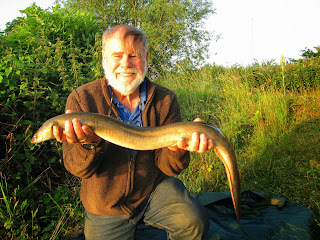 Normally I would be pleased with this eel but a poor 4lb-3oz consolation prize. 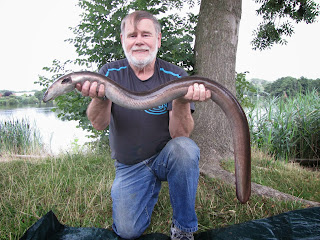 August.
Plenty of fishing and a reasonable number of barbel caught, but the highlight for this month was my inclusion in the Barbel Challenge of trying to catch a double figure barbel of 14 different rivers in 14 days.  I joined Jerry Gleeson and Paul Floyd on four rivers and we caught on all four.  Dove, Derwent, Trent and Soar.  Over the total effort there were doubles caught off 9 of the 14 rivers, a remarkable effort by those involved and over £2500 was raised in the process. 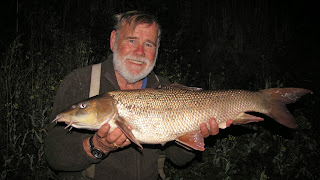 One of the doubles taken at 11lb-1oz. 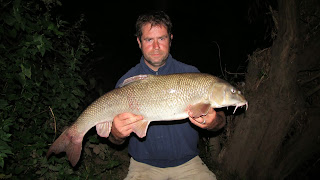 The largest of the doubles taken at 12lb-10oz by Jerry.

September.
Always barbel time and this month was no exception although I've still to get the hoped for River Nene double.  Sturgeon have always atracted me with the look and power so I was very pleased to capture a 42lb8oz specimen from a midland lake. 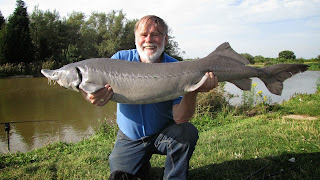 42lb-8oz the best of four sturgeon on the day.

Over the years I've caught lots of 6lb plus chub along with four over 7lb, but I was very pleased to get a couple of big 5's off the local River Anker. 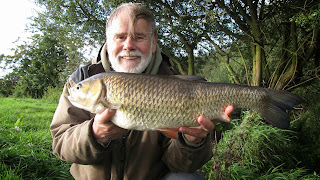 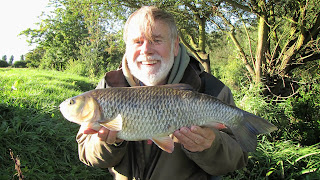 October
Along with lots of other fishing I got the chance to fish on the River Test for the roach again and fortune smiled in the form of a 2lb-4oz specimen as the best on the day.  Later in the month I was on the Chew Valley water again but this time it came up trumps with a 25lb-11oz specimen pike. 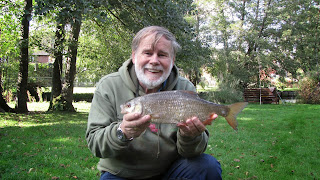 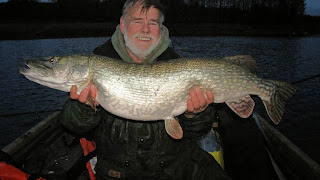 November.
For a very long time I've not bothered to fish for carp having caught large numbers in the 1980's and 90's now I had decided to try and better my pb common with a fish of hopefully over 40lb.  I'm not a purist here so I was quite content to try for the shortcut to catch such a fish and booked with Catmaster Tours in Spain and they did not let me down.  On the first day our guide dropped us in a swim he thought offered the best chance and a few hours later I was looking at a 44lb-14oz specimen that met my target.  The rest of the trip was spent after the roach and again my companions John Found and Pete Reading all succeeded in getting into the 2lb plus specimens. 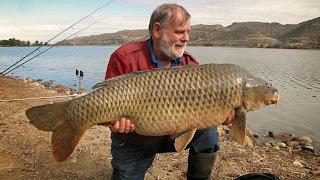 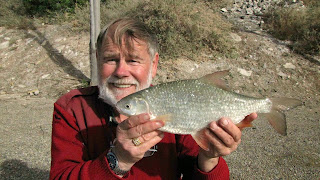 My 2lb-8oz best for this Spanish trip.

December.
This has been a very strange month and although I've fished in what I consider to be quite reasonable conditions along with those that were less favorable I did not catch any even moderate fish..  A small double figure pike from my main venue that has failed for all fishing there, small chub and no barbel, definitely not a good end to this year.  In just over a weeks time I will be back off to South America, this time Surinam after large catfish.  I might get wet but at least I'll be warm.
Tight lines for 2014 and I'll let you know how the year goes as always.
Phil