Sorting out the top cupboard of the wardrobe I came across a group of photographs from my early years.  It seems amazing to look at these and I can remember the last three of them being taken, but faily obviously not the youngest where I would have been about 3 year old.  The Coventry phone number for the studio where it was taken, shown on the back of the shot, is just 4 numbers, whilst today a Coventry number is 8 numbers. 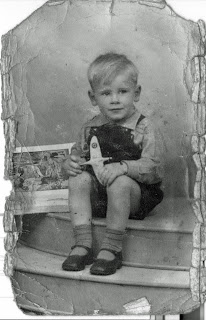 This little angel turned into me - quite surprizing!

This was taken at Middleton Towers holiday camp when I was 1956 when I was 12 year old.  It was my first ever holiday away from Coventry. 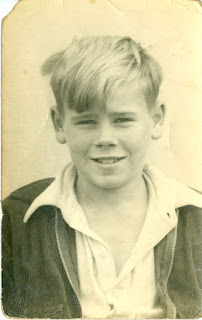 That fair hair disappeared over the next few years.

Here I was in my last year at school at the age of 15 and proudly wearing my prefects badge - I was a 'good lad' in those days. 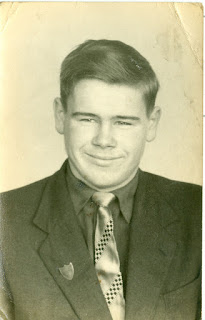 I bet that shirt was blue!

This last shot was taken at a friends house, he was a school teacher and had agreed to give me private tuition in maths in order that I could complete my Higher Nation Diploma.  Although it was initially agreed that there would be a fee, I never did need to pay it and we became very good friends where I gave help to him in building a 12 inch reflector telescope, the largest known to be in Coventry at the time.  This also lead to a life-long interest in astronomy 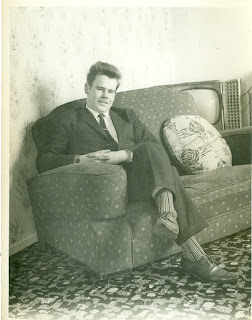