A year to remember - month by month look at the years results.

Looking through my diary for last year I have decided it was not too bad a 12 month period at all.  I have had better, but that's the name of the game.   I though a look at my pick of the catches for each  month could make interesting blog so here goes.

January.     I'll cheat here and pick a catch from the last days of the previous year since my January results were crap.  It was the 29th of December and I had gone down to the Hampshire Avon for a couple of days.  The first of those days I dropped into a favourite swim which had done 6lb chub fish for me on previous visits - Fishing a maggot feeder it came up trumps with chub of 7lb-3oz and 6lb-14oz. 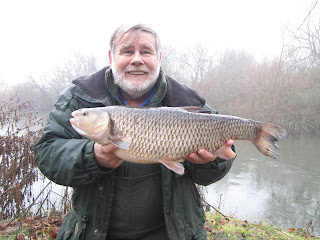 February-     Following that very cold and snow covered period of the previous month there were a few gaps that gave a chance on the rivers - I took advantage of one of those and came up with a very nice Warwickshire Avon barbel of 13lb-10oz to prove that if the bait's is in the water you can catch. 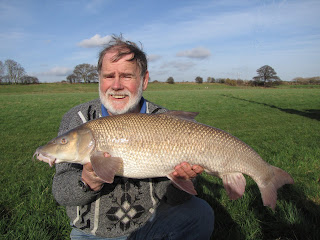 April           With April came better weather, and my usual trips to the Colne Valley gave me double figure bream, and tench to over 8lb, but I thought a bit of variety here so I include an eary catfish of 30lb-11oz. 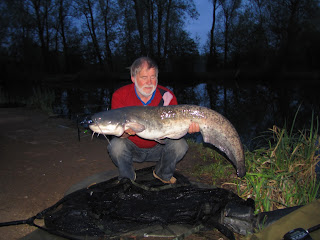 May          A few more 20lb sturgeon but May is for tench and although my first choice venue failed - it seemed the big fish probably died in the freeze up of the winter - a local venue came good for the month with a number of tench to a very pleasing 8lb-14oz best of the month. 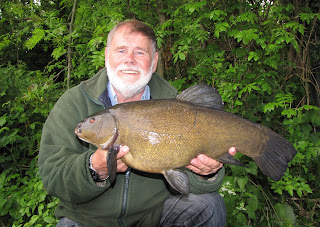 June.                        With the loss of the big tench I was also at a loss as to where to try for a double, I decided to return to my bream venue since it does occasionally turn up a nice tench - it did, in spades and gave my new pb tench of 11lb-14oz.
Another nice catch for the month was a brace of double figure barbel on the same day off the River Teme which included a new pb for the river at the time of capture. 10lb-2oz and 10lb-7oz. 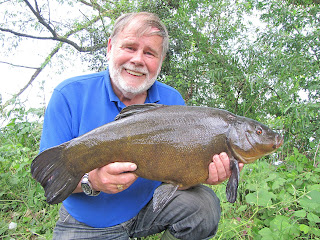 Probably my best fish of the year 11lb-14oz.

July                     A funny month is July - sometimes great and at other times it can be a killer.  A couple of notable capture here, first a new all comers lake record for Orchid Lakes with a 55lb-9oz Wells Catfish. Then added to this for the month is a 12lb-1oz barbel off the Warwickshire Avon. 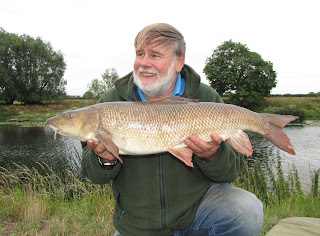 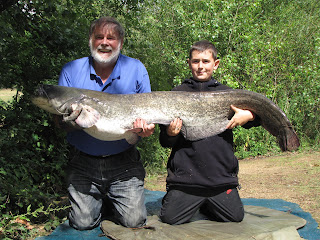 August                    Probably the best thing that happened in this month was that I finally completed the book and it went off for the finishing touches.  A few more 20lb sturgeon hit the bank, with lots of barbel from the Teme, Avon and Derwent along with another river pb coming off the Derwent.   The best of 6 barbel on the day, and at 11lb-4oz it was over a 1lb increase over my previous best so obviously very pleasing. 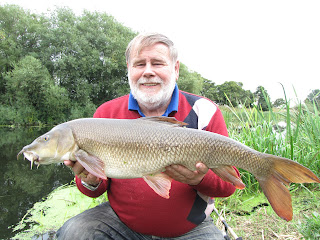 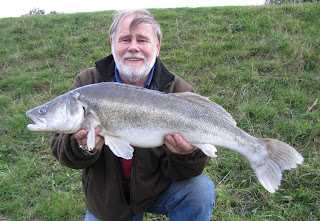 10lb-3oz the first double for years.

October                  The river Derwent has been good to me this year but now it was really good, a catch of nine barbel includng three doubles of 10lb-8oz, 11lb4oz and another river best at 12lb2oz, it does not come much better than that. 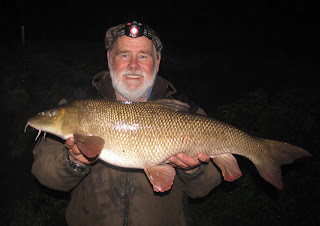 The season's biggest so far at 12lb-2oz. 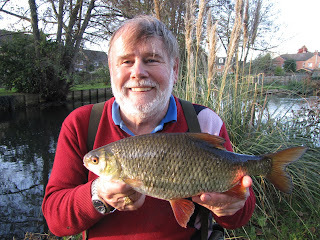 River roach are something special.

December     I started this blog by going back into december for a great brace of fish, this year the month has been dead for me.  Roach and perch fishing very quiet.  A two day blank on the Hampshire Avon for chub was disappointing.  I will close the peice with a Boxing Day barbel mentioned in my last blog, always nice to end the year with a reasonable fish. 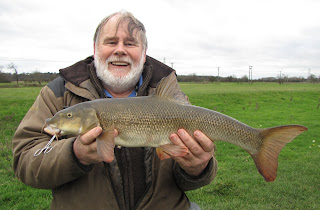 I hope that next year can give as much fun and success to both myself and all of you as well.
Posted by Travelling Man at Wednesday, January 04, 2012